The first draft of my earlier rant about images on blog posts used the following screenshot as an example: 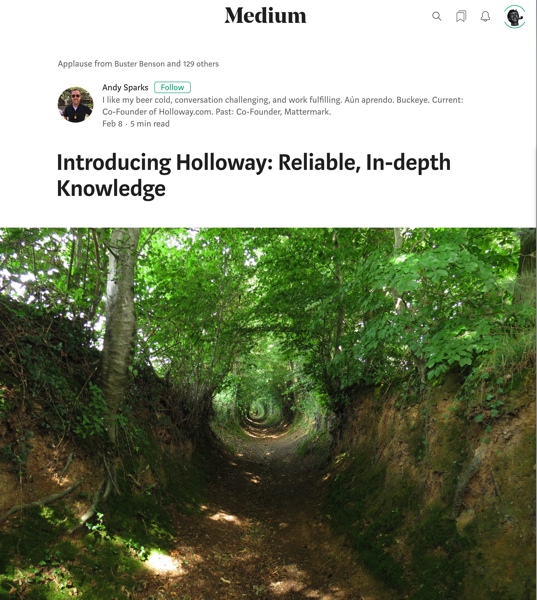 The screenshot is of a Medium post by Andy Sparks about his new service, Holloway, (which looks awesome, by the way).

Poking around the Holloway site, I found the About page, on which was the photograph from the Medium post, with the following caption:

A holloway is an old English term for a sunken lane arising from centuries of use.

Whoops. While I still don’t think the image was necessary, it’s certainly not irrelevant. So I guess I’m saying that it’s wise to do at least a modicum of research before complaining about something. I’m glad I changed the post before publishing, but it was a reminder to be careful what I bitch about and how I bitch about it. Also, maybe I should take my own advice about just not ranting at all.